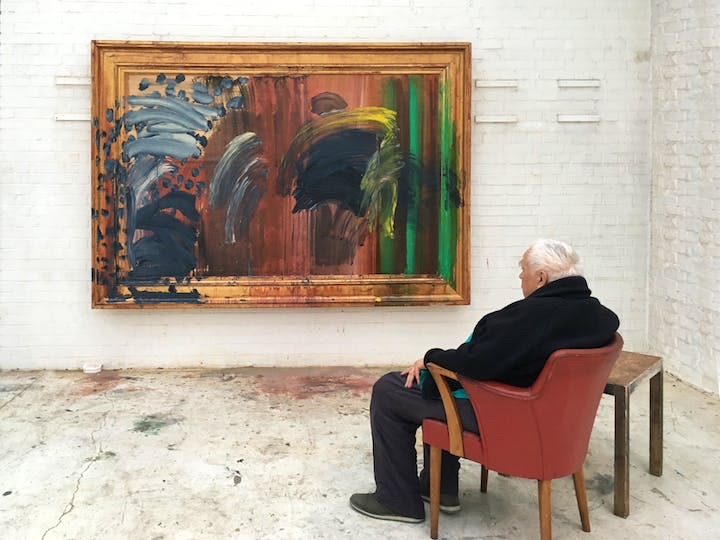 Howard Hodgkin in front of his final portrait

“Portrait of the Artist listening to Music”

As with so many of Hodgkin’s paintings, this large work was several years in formation. He had begun it five years previously and then put it aside. The reasons for that protracted gestation are not known, but perhaps the difficulty of bringing it to fruition was a factor. At various moments in his working life, Hodgkin would say, ‘I hate painting’, or ‘painting is agony’.

I often wondered about the nature of his suffering, which seemed so much at odds with the paintings themselves. These seemed suffused with joy, and filled with an evident sensuous pleasure in manipulating paint itself. But the challenge that Hodgkin set himself in the studio was formidable. Having begun always with a specific memory, the problem was how to evoke the original feeling he associated with an experience that now existed only in his own mind. As if chasing clouds, the supreme difficulty was that of giving physical substance to something formless, ever-changing and elusive. How can the past ever be captured and given shape, and an ineffable feeling be conveyed?

This was Hodgkin’s agony, and in the confinement of the studio he pursued his goal with a depth of commitment and a sureness of purpose that I regard as heroic. At some point, he returned to the painting that would prove to be his final portrait. No longer able to stand unassisted, while working on it he was held upright by his assistant Andy Barker. Throughout, he listened repeatedly to two pieces of music, both favourites from his youth. ‘The Last Time I Saw Paris’, composed by Jerome Kern and sung by Noel Coward, alternated with Anton Karas’s entrancing zither music from The Third Man. Carol Reed’s film was made in 1949, the same year that Hodgkin painted Memoirs, his first work.

Fragments from the soundtrack of Hodgkin’s own life, these musical compositions rekindled the past. Perhaps they also enabled him to confront the subject that underpins his work as a whole: the act of remembering, which he now evoked. The resulting image has a vital immediacy, Hodgkin’s finger movements clearly visible in passages of smeared paint. Preserving the artist’s presence, the painting is itself a memory – and a moving epitaph to the work of a great painter. 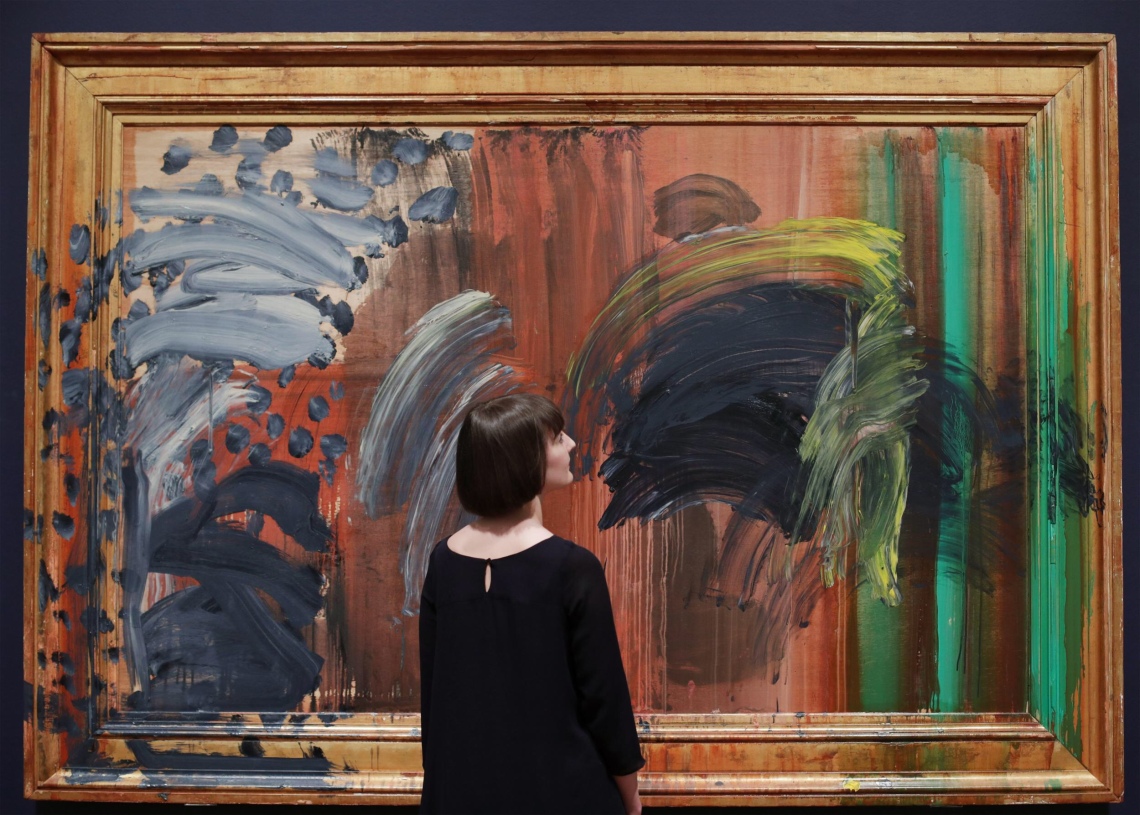 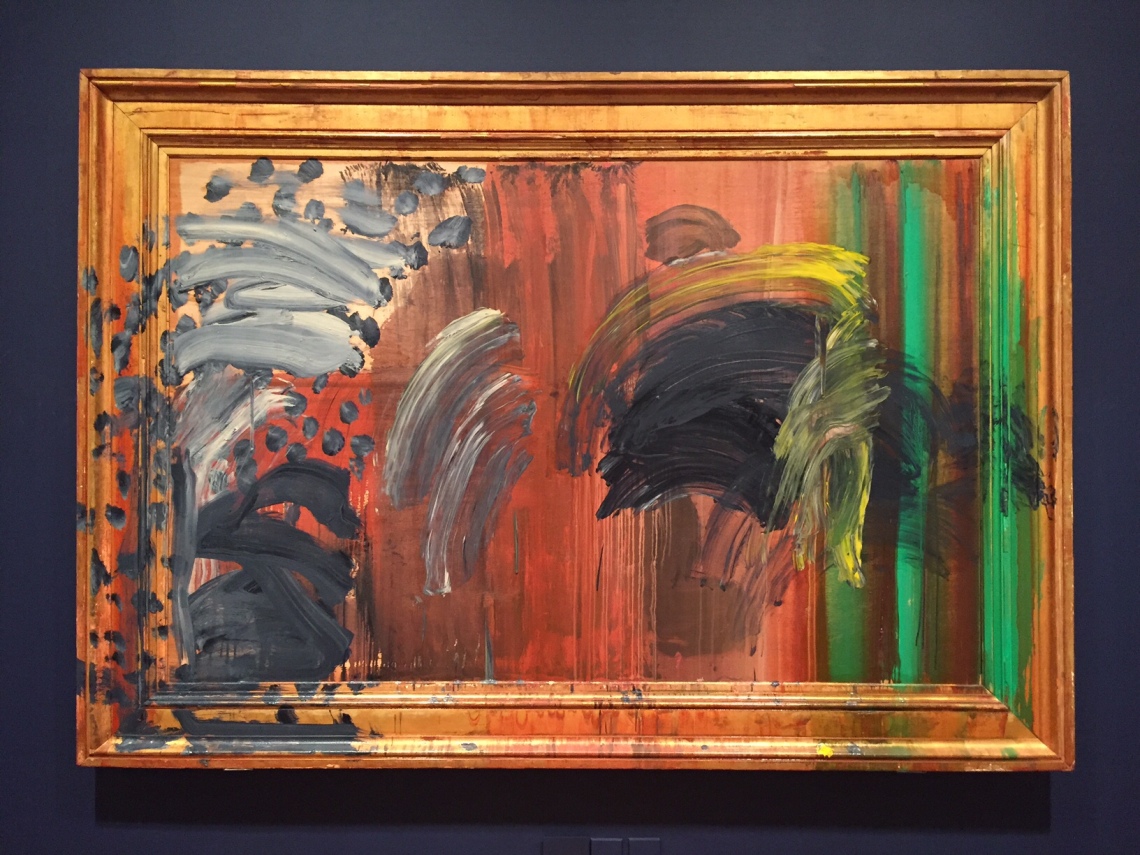 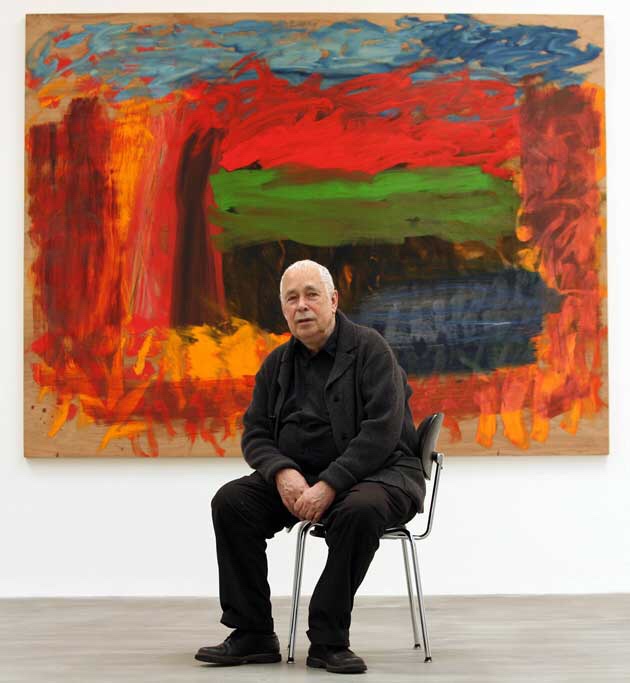